How To Make Homemade SaucesLike The Pros 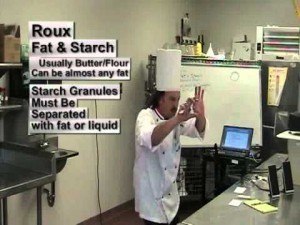 Professional Chefs know how to make homemade sauces using basic cooking methods, not written instructions. That’s why you won’t see a truly skilled cook run for a recipe when they need a sauce. Empowered with HOW to make a sauce, they don’t need a recipe to say WHAT to put in it.

A good sauce can make or break a dish. An overcooked piece of chicken can be saved by a flavorful, rich and attractive sauce covering it. However, a bad sauce will ruin the flavor, texture and appearance of even the best cooked piece of protein.

Sauce making is perhaps the most valuable skill you can have in the kitchen. Sauces serve four functions on the plate. They add moisture, flavor, texture, richness and appearance. These are the five most important sensations in cooking and a sauce “covers” them all.

Knowing how to make homemade sauces also extends your cooking repertoire exponentially. A grilled piece of chicken is only one meal. But, when you can add 5 different sauces to the same piece of fowl you suddenly have 5 different meals. The final “artists’ signature” on dinner is the sauce, complimenting the main ingredient in many ways.

All sauces are made from the same three ingredients; a liquid, thickening agent, and seasonings. The liquid can be just about anything. Most often, milk or flavorful stocks are used to achieve the desired flavor profile.

The liquid provides the body of the sauces and there are five liquids or bases on which all sauces are built, resulting in the five “mother sauces” of the culinary world. Since a thin liquid won’t stick to food by itself, it will need a thickening agent.

Starches are most often used as thickeners to create great sauces. The most common is the combination of fat and flour called “roux”. While the fat can be from just about any source, it’s usually butter that is combined with flour and cooked to create a roux that will thicken liquid and turn it into a sauce.

In a previous class called “How Does Food Cook?” we examined the effects of heat on food. When starches are heated to above 150F (65C), they begin to absorb liquids and swell. This is called “gelatinization of starches” and the scientific principle on how fat and flour thicken liquids.

This is the key to deciphering how to make homemade sauces without a recipe and without limits. A skillfully made roux will enable you to take any liquid and turn it into a sauce just like professional chefs do. Here’s the procedure:

1) Melt an unmeasured amount of whole butter in a small saucepan slowly and gently. Try to keep the butter yellow without allowing it to break, without the white milk solids floating to the top. Butter will melt at a low 93F (34C), so take it off the heat and allow the first bits of melted butter to bring the cold solid butter above this melting temperature.

2) Add an unmeasured amount of flour to the pan in small increments and stir until it becomes a thick but pourable paste. Use a whisk to incorporate all the flour into the melted butter to a smooth, not grainy consistency.

3) Continue to cook your immature roux so that it doesn’t taste pasty or like flour when it goes on your food. The way to accomplish this is to cook until it gets white and bubbly and gives off a distinct toasty or nutty smell. Cooking the proteins from the flour will give a smoother final sauce

5) Season or flavor your sauce. Perhaps you’ve added milk to roux to make a white sauce called Béchamel. Then, you might consider some shredded cheddar to make a cheese sauce. If you’ve used a chicken stock to create the mother sauce called Veloute’, it might be time for Sage, Thyme, Rosemary, salt and pepper as a sauce for grilled chicken.

Great sauces make great cooks and great cooks make great sauces. Now, it’s up to you! Every sauce you can possibly dream up is at your fingertips. With the power of making roux, any liquid can be turned into flavorful gravy and your list of meals has just doubled or tripled!

Just a few minutes ago, you thought you didn’t know how to make homemade sauces and now you do. What kind of sauce can you invent in the next few minutes? A flavorful liquid plus roux can equal a sauce that was created in your kitchen and may never be duplicated again. It’s yours! You own it! You invented it and no written recipe can ever give you that sense of accomplishment. 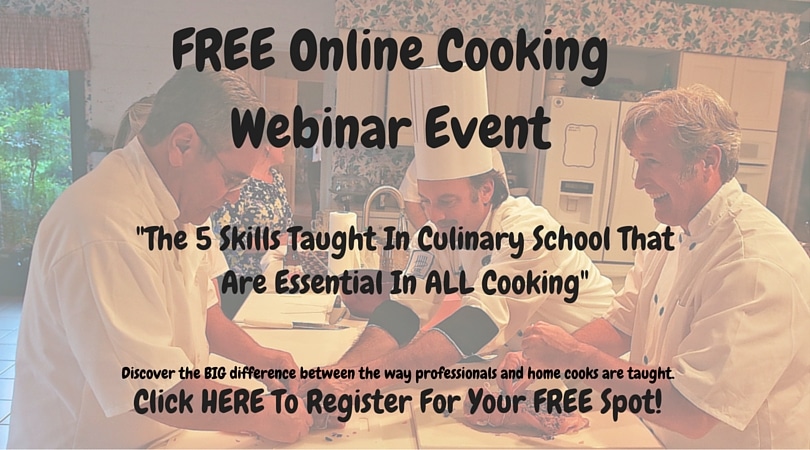