The Recipe That Will Ruin Your Cooking 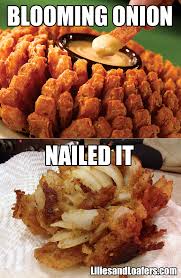 There’s a recipe out there that will ruin your ability to cook. It’s lurking in one of those many, many, many recipe books you’ve been collecting. It’s not camouflaged, it’s there in black and white with a nice color picture but you may not see it. That’s because this particular recipe is hiding in plain sight, among hundreds of typed written instructions for cooking that are supposed to tell you what’s for dinner.

You don’t know which recipe is the land mine in your kitchen and which could make a great meal.

The internet is clogged with written instructions for cooking, but the photos of the results tell you that the recipe has let people down. Home cooks compare their efforts to the photo in the magazine and suffer a crushing blow of confidence in the kitchen. They had visions of the accolades they’d be receiving because of their beautiful creation and delicious food. If they were cooking to impress a date, the date is now over.

They blame themselves, but it’s not their fault. 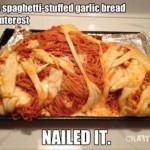 It’s the recipe’s fault. Cooking from a book is like trying to put together Ikea furniture. Instead of the nuts and bolts, wood and plastic scattered on your floor, the recipe provides a long list of ingredients and seasonings you must array on your counter. You begin to arrange these elements by referring to the manual over and over again. When your challenge is complete, you’ve arrived at a piece of furniture leaning to the left and extra parts in your hand. Similarly, your meal does NOT look like the photo. This is not the type of cooking that makes you happy.

But, you had all the instructions, why didn’t it come out?

The piece of furniture wasn’t assembled correctly because you’re not a furniture builder. You don’t know the methods behind putting stuff together even though you have a piece of paper that’s meant to teach you immediately. The same danger exists for cooking by recipe. With a list of ingredients and stringent steps but no background in HOW to assemble the food, recipes can ruin your cooking. However, if you had the 7 skills of the kitchen, you could cook anything.

Recipes Set You Up For Failure – 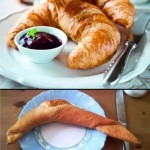 The simple act of comparing your creation to a photo in a book makes you feel badly. That photo took hours of work from food stylists and food photographers using tricks to make it look best. Your dish was made in 30 minutes, there can be no comparison. When YOU create a meal without a recipe, there’s NO comparison to anything else. If it’s good to you…it’s good.

Recipes Command You To Spend Money –
What’s the first thing in a recipe? It’s a list of food you need to go buy. Instead of shopping for the recipe, how about CREATING a recipe from the ingredients you have on hand? When you become a more confident cook, you can rummage through your pantry and make up dinners every night. Skip the recipes and you’ll save on food like never before. 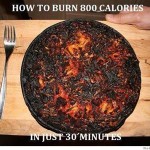 When you cook blindly, going from line to line of the cookbook, you don’t witness the changes in food that you can hope to repeat the next night. One recipe is cooked on the stove top, another in the oven, a third over simmering liquid, yet none tell you HOW to cook in this fashion. It’s a treadmill of frustration.
Recipes Have Inherent Variables –
I don’t think it’s possible to duplicate a recipe exactly any more than it’s possible to play a Beatles song JUST like the Beatles did. In music, there are variations in the WAY the instrument is played. In cooking, there are variables in the size and flavor of foods, the intensity of heat, and the interpretation of the cook. This is one of the three secrets to making your cooking a winner every single time.

Recipes Keep You From Really Cooking – 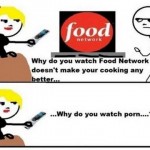 The more you depend on following someone else’s opinion of what you should be eating, the less you’re gaining the skills and confidence to create your own meals. When you concentrate on learning HOW to cook, you can use any combination of ingredients you want and cook it HOW you want to. The meal that YOU make is worth a thousand words.
I’ve seen the dramatic life changes people make when they start using the basic methods behind cooking and use recipes as a guideline. The students in my online cooking classes become confident, free-thinking cooks who can use the ingredients they already have on hand to create impressive meals every night of the week. This is because they use a repeatable process in cooking and just change the ingredients for a new flavor.

This one change in thought creates great home cooks.